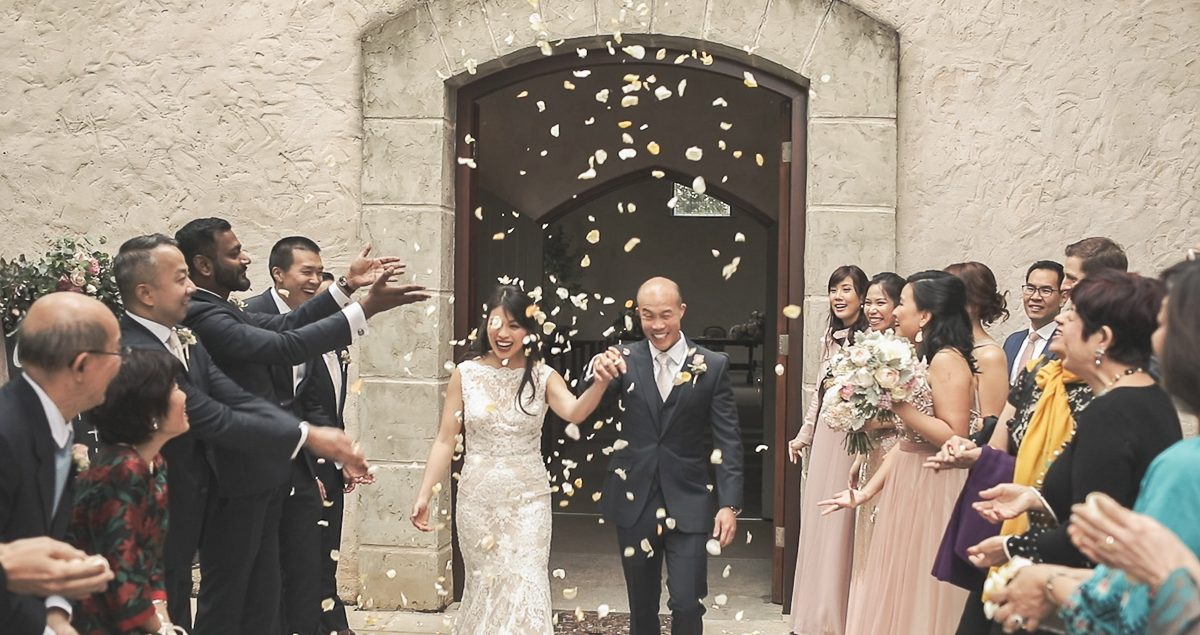 One very very very early morning, we ventured off to Stones of the Yarra Valley to film Kimiyo and Chin’s wedding. A slightly disappointing morning with heavy cloud cover blocking that morning glow which is what we were all chasing. Non the less, the hot air balloons were out in numbers to brighten up the photoshoot that was planned before their day began.

What an awesome couple these two make, down to earth and full of life we sure did enjoy their company and plenty of laughter was had.

Running to a tight time schedule, after location shoot phots/video the traditional door games for the groom and his henchmen began. The girls went pretty easy on them with a few challenges that were easily met. Traditional Tea ceremony at the Stables courtyard under the vines covered arbour. A quick dress change and were into the chapel for the ceremony. A touching Dr Seuss story had everyone in hysterics!

Don’t cry because it’s over. Smile because it happened