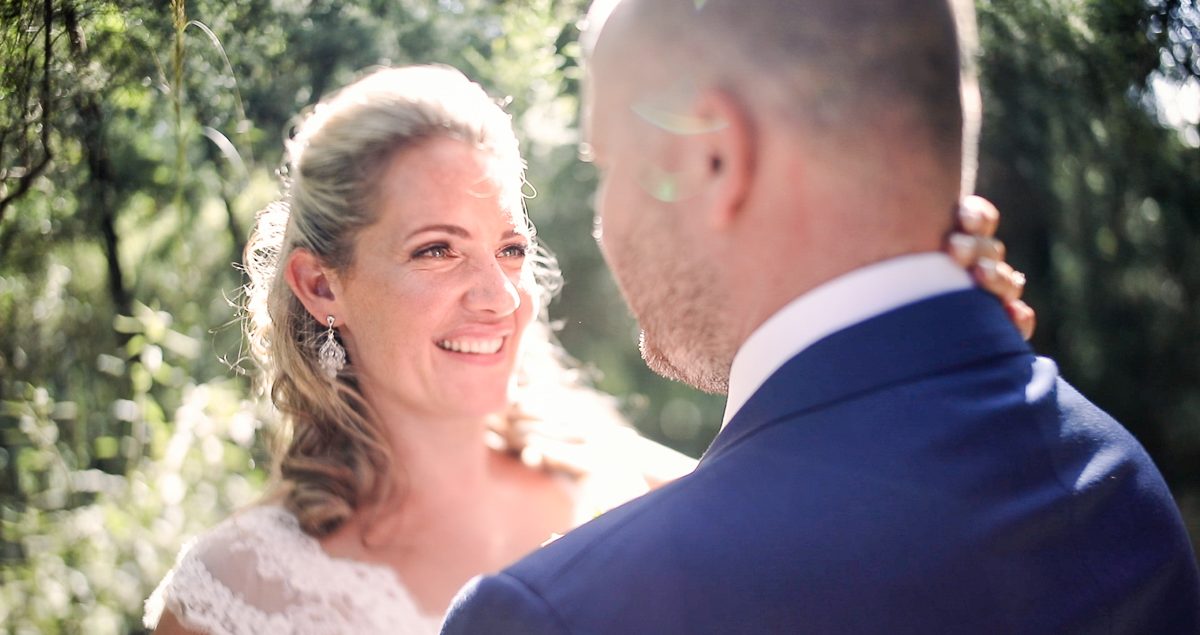 Gemma & Scott were married as a cosy little place they made their own, Eureka Camp in Yarra Junction. Food trucks serving delicious chow for their guests and a band to rock the dance floor

Scott is a tradesman (Plasterer) and Gemma is a Secondary Drama Teacher. They met online 4 years ago. Gemma had been married before and Scott had been engaged. Within 8 weeks of meeting each other, Scott had moved in with Gemma and her son from her first marriage, Mahliki.  Gemma hates talking on the phone so before meeting they texted each other. Scott mentioned in one text that his ‘legs were killing him from being on stilts all day’. Gemma read the message and turned to her best friend (Maid of Honour – Jenni) and said ‘he wears stilts … he must be in the circus … that’s cool!’Gemma was unaware that Plasterers wear stilts to plaster ceilings … On their first date they met up in bar in Carlton. Scott bought them both pints of beer and Gemma swiftly broke the ice by spilling beer on her forehead with her first sip (it’s possible!). In horror, she sat there as beer dripped down her face – Scott asked ‘Did you just spill beer on your forehead?’ – Gemma replied ‘ah Yup!’ … Scott was impressed. He then proceeded to entertain her with magic tricks using the playing card the bar had to identify table numbers and to make fun of all the people in the bar (likening them to celebrities) – he likened himself to Karl Pilkington (one of Gemma’s favourites…) That was it. A few more dates and they were an item.