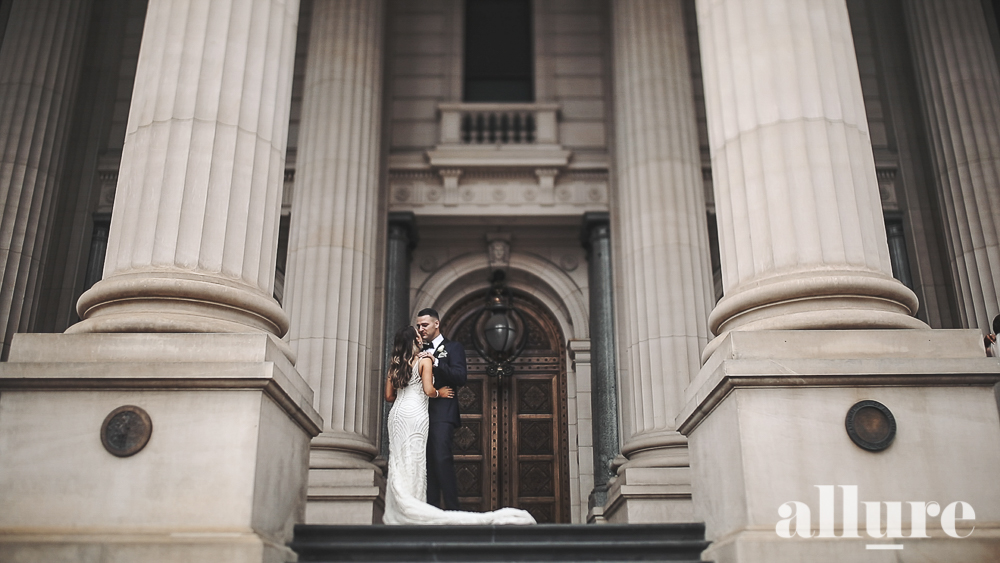 Elisia and Joel met at work, in fact they met on Elisia’s first day at her new job. With a bubbly personality she certainly did make an impression grabbing Joel’s attention instantly. The rest they say is history!

Years later they wed within the beautiful foyer of 333 Collins St or formally known as ‘The Dome’. With the help of Russ Macumber as celebrant, they had a beautiful ceremony in a very picturesque building.

Later that evening they celebrated their wedding at Metropolis with it’s splendid views of the Melbourne city skyline. The added bonus on this particular weekend was the free fireworks thanks to Melbourne’s Momba festival.

We had so much fun with these guys. We’re blessed to have filmed many of their friends in the past and this was another wedding where fun, laughter and a great time was had.